Posted on 1st February 2022 at 12:50
Our Training Development Manager, Gideon Liddiard, has researched statistics which prove the importance of getting Onboarding right in the Automotive Industry.
Calculating the ROI on training is notoriously difficult, and as such the value in training often hard to see. It well proven that training is a key factor in ensuring new hires don’t leave early and in keeping existing staff.
A strong Onboarding process, when combined with regular refresher and development training can reduce staff turnover by up to 82%. Not numbers to be ignored, and when combined with the average recruitment cost of £3,000 per person, which rises to £11,000 as an average in the UK when accounting for lost time, productivity.
However, for the Retail Motor Industry, when it comes to our biggest area of staff turnover, Sales Executives, £11,000 per head doesn’t even come close to the figure. The reality is much higher, and I wanted to look at how much higher it is.
We first need to look at some of the averages in terms of car sales, Statista shows that the average car sales, per executive in the UK is 159 units per year. With the average retail price of a new car at least £22,000, we find that the average Sales Executive is generating just under £3.5million in revenue per year.
So how much does it cost in lost annual revenue when a Sales Executive exits the business?
To calculate that we do need to make some educated assumptions, the first is that it’s going to take time to get a new hire up to speed and fully productive, this could range from six months for someone new to the industry, to three months for an experienced Sales Executive who knows the trade.
The second factor that needs to be accounted for is that we will not lose all the revenue, other Sales Execs in the business will be able to pick up some, but not all of it. While it’s not possible to know exactly how much revenue can be retained, we modelled it out at both 50% and 75% retention.
We then created a series of models looking at all these factors, and the numbers that we get range from a high of £400k lost revenue per Sales Exec, for a six month to get up to speed and retaining 50% of sales among the rest of the staff.
At the low end of the scale, we modelled keeping 75% of sales revenue, and a new hire being 50% productive in their first month, 75% in the second month, 90% in the third month and then hitting 100% every month after that. Now even with these, very favourable, numbers, the lost revenue is still over £60k, and that’s per person.
Average staff turnover in the Retail Motor Industry is 36%, so in a retailer with ten Sales Executives, between three and four will leave each year. That works out as between £180k and £240k in lost revenue each year, and that’s a best-case scenario, in the worst cases it’s over £1.5 million.
Investing in onboarding, training, and development, alongside a robust recruitment process, is proven to reduce these numbers. If investing in these areas allows you to bring you Sales Executive turnover down to the UK average of 15%, you would be looking at retaining revenue of up to £750k per ten Sales Executives.
The cost of investing in Recruitment, Onboarding and Training will of course vary depending on your exact needs, but given the potential lost revenue from Sales Executive turnover alone, is it something you can afford to ignore?
Contact Magna Systems today and we can run your numbers through our modelling tools, and then discuss what improved Recruitment, Onboarding, and Training can do to benefit your business.
Share this post: 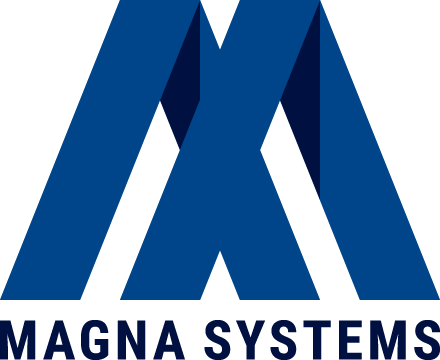